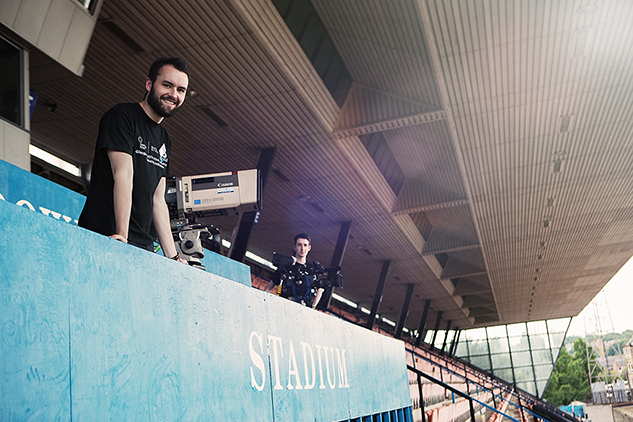 Busy times at Dabster Towers, and indeed the Dabster Colonies too. We’re spending plenty of time on the road for our various projects at the moment. Edinburgh, Glasgow, Inverness, London, Fife..and I don’t know if Richard mentioned he was doing a 10K..

The most prominent project that I’m working on at the moment is without doubt the Host Broadcaster Training Initiative for the Glasgow 2014 Commonwealth Games. We’ve been attached to the project for the last couple of years, and now with mere weeks to go until the opening ceremony, the focus is on Glasgow to see what she can pull off.

The HBTI is a joint venture between Creative Loop and SVGTV, training over two hundred students in television production and placing them into the arenas and stadiums of one of the world’s biggest sporting events. When you watch Usain Bolt at the 200m, there will be about 14 students involved directly in that broadcast, then there’s the boxing, gymnastics, cycling, hockey, lawn bowls…ye canny miss a bit of green action. 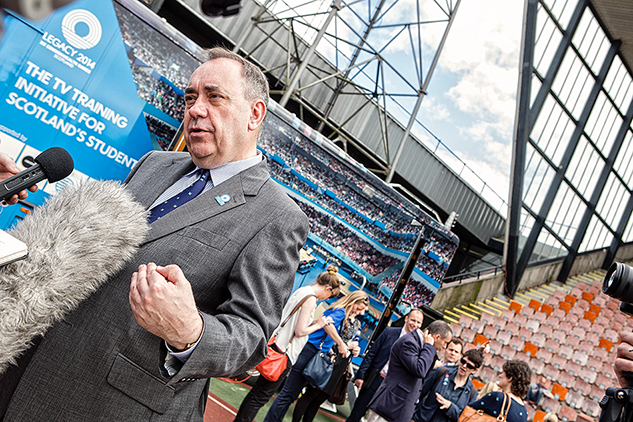 The Games aren’t just two weeks of sport, it’s genuinely an investment in the people of Scotland and Glasgow. Legacy 2014 strives to improve the lives of ordinary people through skills development, through exercise and activity, through community structure and by improving environmental practices throughout the country.

I recently covered the Legacy 2014 Celebration Event at Murrayfield stadium, and whilst the title may suggest some bias on the success of Legacy 2014, from talking to each of the organisations and charities that have taken part I could see the passion and belief that each person had for their individual project and the change that it could make to Scotland.

In the HBTI, students from the further and higher education institutions of Scotland have been on an incredible journey. A year ago just one of the lecturers in Scotland had heard of EVS – now there is a small army of media students fully trained in the highlights/replay/statistics package that is the cornerstone of modern sports coverage. These skills are sorely needed in Scotland for future sports coverage, BT Sports and Sky Sports have increased their commitment to football north of the border for the next three years, and as a direct result of the HBTI people will be walking out of college into a professional position, an amazing start to their careers.

Dabster has been with the students every step of the way, documenting and publishing the highs and lows of the initiative. The most successful HBTI training event so far has been at the Queen’s Baton Relay event in Meadowbank stadium in Edinburgh. A crew of fifteen students rigged and operated a six camera shoot for the family fun day. Under the guidance of director Guy Tassle the crew shot live coverage for three hours under broadcast conditions – and nailed it. Even the arrival of First Minister Alex Salmond didn’t phase them, with student Caitlin McLelland interviewing him with style and confidence.

It’s been a fantastic project to work on, seeing the reward of success is a great thing to witness in students, and being so entrenched with them has led to some great content to inform and inspire others on the project and beyond. Now – you got any tickets to the opening ceremony..?