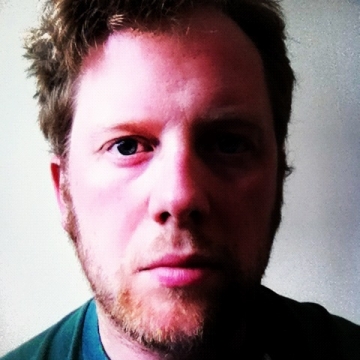 I’m en-route to London for work with the Pleasance and the BBC, before doing the classic run-around-not-really-seeing-anyone-for-any-length-of-time friends visit. Luckily, I was given a free upgrade to 1st class on the train to our southern ruler’s utopia. It’s the first time I’ve ‘turned left’ on a train, in fact I’m struggling to remember travelling in style before at all, though I’m sure that was just because of the free booze that time too.

The service is great on board; the company…less so. I’m not saying that the standard class on the train is a regular pre-berg Titanic steerage knees up, but at least they are friendly and normal. I’ve had more eye contact at the clap clinic than on this journey. I’m not embarrassed to say that, it’s frivolously fictional, though you should be responsible and go. Especially you Mr Shaw.

Well, that’s not entirely true, there are a few friendly faces in the mythical land beyond the buffet car – another first for me on this trip is the GUY WHOSE JOB IT IS TO CARRY MILK BEHINDTHE COFFEE AND TEA GUY is continually giving me the eye. Not a bad looking chap at all, but when/if I was to start investigating how bad stubble rash really is I’d probably shoot higher than the guy replacing a small trolley. Having said that, I’ve had my share of shit jobs too (stand in squid-ring fryer at a carnival springs to mind) though I had the decency to not flirt with the clientele at any given moment. Partially because who wants to flirt with people that eat seafood that came out of a van; partially because I’m shy.

Yet another first for this train journey is that I’ve actually managed to accomplish some proper, actual, needed to be done work. Everyone gets aboard with a laptop, a sketch book and the best of intentions but honestly; isn’t it easier just to fall into a couple of films and a global-capitalism sized bag of crisps? Hula-hoops specifically. The gentlemen I am sharing this dining room with each have computers with them. Shoutyonthephone has three mobile phones on the table and a laptop; Oldmoneyruinedin2008 has got a tablet he’s not sure how to hold and Fiftyshadesofthinningontop has a laptop, tablet and massive smart phone stacked up beside the silverware. From my casual observances between edits I’d say they’ve ordered a set of whisky glasses from John Lewis and tutted at the Poland England score twice between them.

Sonofabitch….The milkboy gets paid to smile at me – I’ve just realised. I’d question whether he was singling me out for special flirt attention if it wasn’t for my ridiculously amazing hair. I’m so used to monotonic bus drivers practically abusing their passengers with the brake pedal that I perhaps forgot that you can at least try and buy happiness and acceptance.

So, at the end of this trip I should be European Playoffs tipsy, still single and further down the road to more comedy for your delectation. The Pleasance Comedy Podcasts return after a relaxing hiatus very soon and the Pleasance Ahoy Joke Float BBC documentary will be considerably closer to the edit than it was in Edinburgh. To top those achievements off – Richard checked in from his holiday today to tease me with details about significant return trip to London in December which may or may not include an appearance by Mr Fry, though he’s told me not to say anything. So Grease is the word.