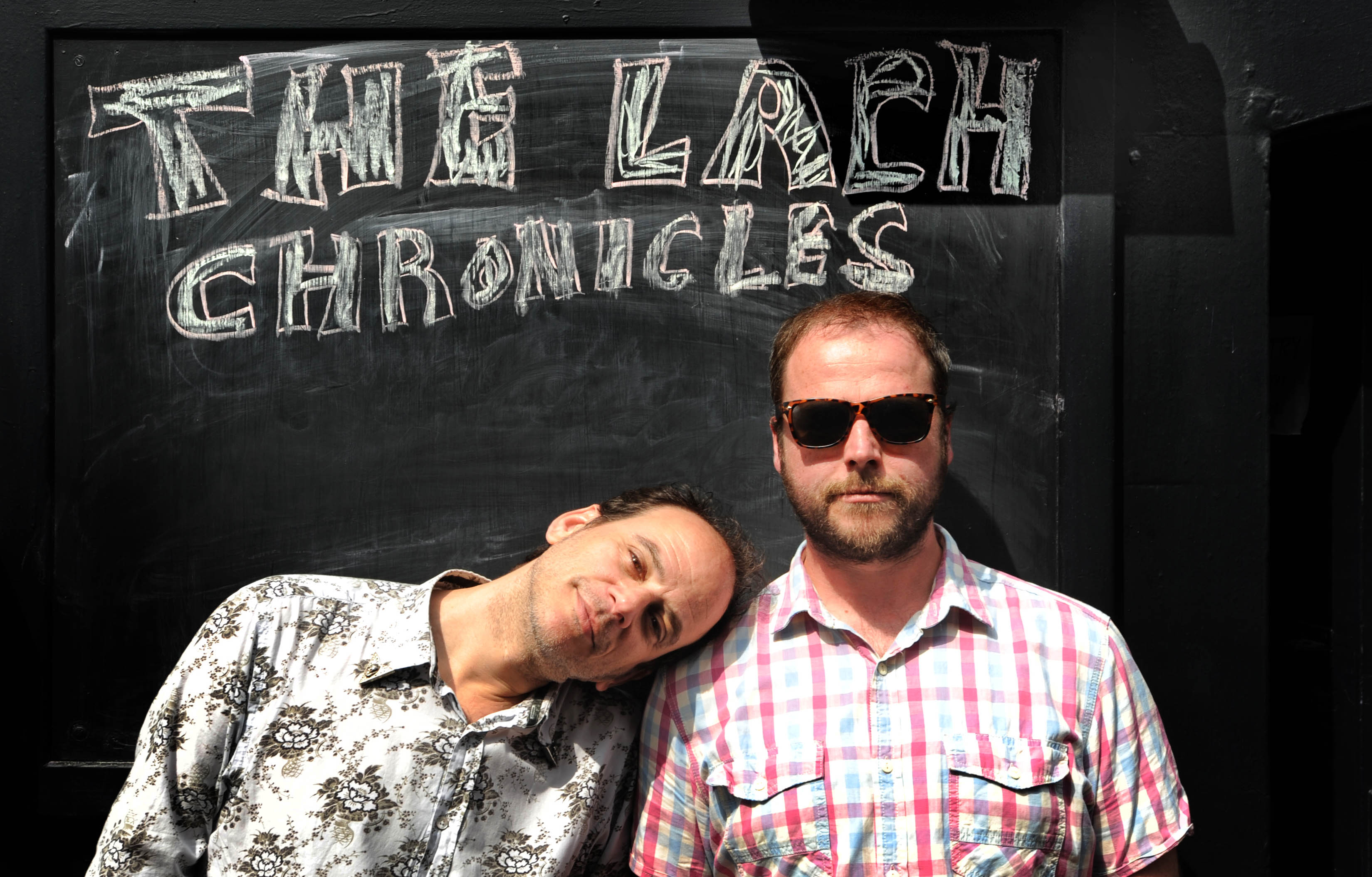 In 2007 I walked in to the Sidewalk Café on the lower East Side of Manhattan to try and find a man called Lach.  I was making a radio show with Dean Friedman for Radio Scotland and one of the episodes was about the Antifolk scene that Lach had invented.

Dean and I had spent a few happy days in The Honking Goose studios listening to sessions, recording a few links and putting the finishing touches to our series when he played me a song called Ambition Burns – I loved it and went on a mission to find its writer.

I found him.  That night I saw Lach performing to about 12 people who couldn’t really care less – but he had something.  Over the next year or so, I saw him playing a number of times – usually to about 12 people – but each time I saw him play there was a moment of magic, some kind of undeniable link between Lach and the long line of beat poets that had inspired my youth – you know, the mad ones, the ones mad to live, mad to die and mad to be saved, the ones desirous of everything at once, the ones who never yawn or say a common place thing – but burn like fabulous Roman Candles exploding across the night sky – yeah – those guys. That was Lach.

Over the next few months we got to know each other and became friends.  Soon, and as only a friend can say, I pointed out that his act wasn’t really working.  The songs weren’t having that broad connection they deserved, his stories were falling on deaf ears and with a bit of a re-focus we could get his act onto a bigger stage.  If we took the bit I saw in New York, the story he told on the radio show, mixed it with that bit he did in Glasgow and ended with that bit I saw him do in Edinburgh – there might just be a show – and that show would be comedy, not music.  Lach warily accepted this theory and we went to work.

We created a show called The Day I Went Insane and took it to the Edinburgh Festival in 2010.  Of course, it got five star reviews, inspired a Radio Scotland documentary, helped find Lach a record deal and ultimately ended up with a move to Edinburgh for Lach and his family.  It also landed us a four part series on Radio 4 called ‘The Lach Chronicles‘.

Six years since we first met, almost to the day, the first episode was broadcast.  It was a version of that fringe show; a version of those stories, illustrated with radio-phonics and Dabster / Modifier trickery.

You wouldn’t think that it would cause too much fuss – but it did.  We were pick of the week in The Observer, The Mail On Sunday and The Scotsman, highlighted by The Daily Telegraph’s comedy critic, described as “one of the best things I’ve ever heard” by Jeff Zycinski, the Head of Radio at BBC Scotland and featured on the homepage of the BBC website and the home page of the iPlayer site.

Why?  Well, have a listen – the iPlayer link is here and there’s an excerpt from episode one at the bottom of the page too.

It’s definitely the best show we’ve ever made, each listen reveals reference or interpretation, and we feel that we’ve produced something extraordinary.

It took six years, cost a fortune and proved beyond difficult at times.  Was it worth it?  Yes. Of course it was. It was worth all the effort and more and I hope it gets Lach onto that bigger stage he deserves.

The excerpt below is Lach describing the Antihoot – the longest running open mic night in Manhattan –  the night that over the years discovered and nurtured talent like Beck, Regina Spektor, Jeff Buckley, The Moldy Peaches and hundreds of others.