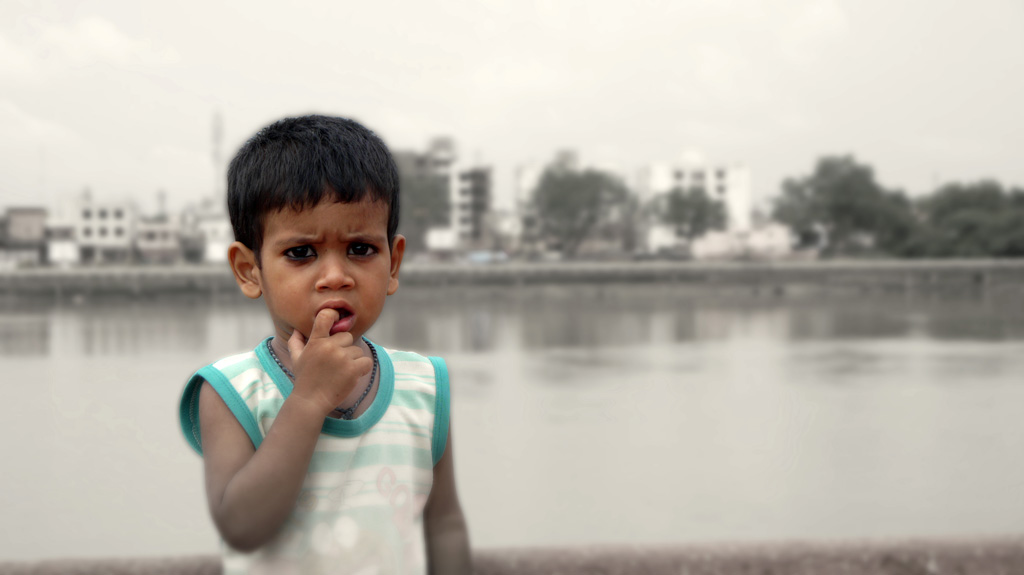 In September 2012 I set out on a trip around round the world. First stop… India. Home to 1.2 billion people, it was in the same moment terrifying, jaw dropping and intriguing.  Arriving in New Delhi, I travelled down through Rajasthan to Mumbai, then onto Goa and Kerala. As I travelled the places changed, the people changed, the language changed but for one recurring mantra: In India, anything is possible.

I heard this little nugget of inspiration many times from many people, wondering simultaneously how anything is possible when everything is in a state of chaos.

On my first day in India; there was a power cut at the airport, our taxi was stopped and searched by police, children begged through our taxi windows, a fake government tourist office nearly conned us out of a grand, I was asked if I was married six times and I resorted to eating McDonalds through fear of contracting Delhi belly when toilet roll was in short supply.

Chaos is endemic. The general rule of the road, for example, seems to be ‘Chicken’.  A few weeks in I had worked out that right of way is given from largest vehicle to smallest, so HGVs, buses, cars, auto rickshaws, bicycles, pedestrians and lesser beings.  Cows, being sacred, have the most right of way.

I should also mention that roads in India generally don’t come with that appendage we’ve come to know and love, the pavement. You don’t appreciate them until you don’t have them.

Determining right of way succumbs to a ‘mine’s bigger than yours’ mentality.  On one occasion, on the bus to Munnar, the driver seemed convinced that his bus was larger than the oncoming HGV and made his point by swerving into his path at the last moment and missing him by a proverbial ball hair.

I took the train where possible. It was pretty chilled out once you navigated the timetable and ticketing system, the ticket office, platforms of beggars, stray dogs and sleeping people. That’s assuming you’re lucky enough to be in an AC car as opposed to sleeper aka ‘Cattle Class’, otherwise it’s the opposite of chilled.

One evening on an overnight train to Jodhpur, there appeared to be a riot happening in the cattle class carriage next door.  I was contemplating going for a nosey when I noticed two legs strapping into leather boots in the next alcove. A policeman appeared carrying his persuader and proceeded to investigate, opening the shutter that divided the carriages allowing the rabble to spill into ours. After several minutes of police business; investigation, questioning suspects, apportioning blame, swift justice was delivered via lathe and boot upon the culprit. For whatever he had done he was sorry, order was restored temporarily, the scene replays in my mind forever.

It’s easy to talk about the bad things in India; abject poverty, lack of infrastructure, overcrowding, public health, pollution, corruption, sexual violence, police brutality.  Despite all this, it’s amazing. Why?

It’s out there.  To a westerner, so many things in India are off the wall. Walking around you encounter wafts of aromatic spices and incense, overpowered a second later by cow shit and raw sewage, then again by delicious street food.

Cows roam freely on the streets fed on chapatis. Indians are wildly superstitious and their most prominent religion Hinduism has all sorts of fantastical deities, the favourite of which seems to be Ganesh (imagine Jesus but with an elephant’s head). Where Catholics love candles, Hindus love anything that lights up and looks a bit trippy – scanning lasers, gobo projectors, strobes, reams of LEDs.  These range from the ridiculously tacky to the awesomely cool.

There’s also a propensity to play music eye wateringly loud. When amplification is available, the amp must be turned up to 11½. In the holy town of Pushkar, they used their amply amplified town-wide public address system to let the women *cough* sing prayers from dawn till dusk.  In Udaipur trucks fitted with sound systems banged out Bollywood remixes as paint cannons and fireworks exploded in the street. All through Rajasthan, not hearing a drum parade at least once a day became abnormal. Each moment is an assault on the senses and you feel right there in that moment.

In India, anything is possible.

It’s a matra I love. In a developing country fast becoming a super power, it carries real enthusiasm. It hints of a gold rush mentality where people are out to make their fortune, commerce on every corner.  Their industrial revolution. Boom time.

When a train stops at a station, sellers pile on and walk the isles chanting ‘Watercolddrink’, ‘chaichaigorumchai, ‘coffeecoffeecoffeecoffee ‘, omletecutletbiryani’ carrying urns, buckets of iced water and shrink wrapped Tahlis.  Where ever I went the hole in the back of my trainers drew repeated pitches from wandering shoe repairmen.  I’m asked if I need sunglasses about once an hour even though I’m wearing sunglasses. There’s a haggle and an upsell in every transaction.

Despite the harshness of life, people get up, get out, and earn a rupee. It’s inspiring.

A montage of some recordings made in India.

You can view more of Sean’s photos from India at his website seankerwin.com